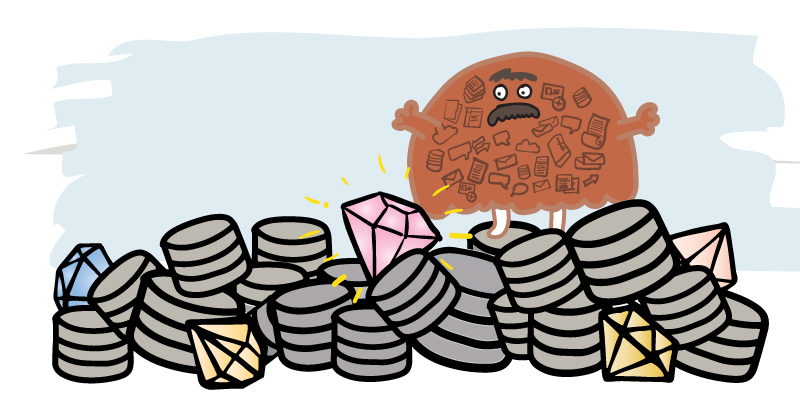 Lead scoring is essential to a well-oiled marketing and sales machine.

For marketing teams, the number one goal is to send quality leads to the sales team — not just any lead that comes down the pipeline. When the leads aren’t panning out on the backend, you can bet that the marketing team is going to hear about it.

For sales teams, everything comes down to productivity. Sales reps need to be able to spend their time engaging with prospects that are the most likely to convert. How reps spend their time is always a top priority for sales leadership. When they spend their time on low-quality prospects, it’s a problem for both the sales and marketing departments and can lead to strain in the workplace.

However, there are some nuances when it comes to lead scoring in HubSpot, Salesforce, Intercom, and any other CRM that can make it difficult for both marketing and sales teams to accurately score leads and identify the most promising opportunities in their system.

Accurate lead scoring is especially important in account-based marketing, where you must engage with several decision-makers within a company. In those cases, a single contact that you would consider to be a “perfect prospect” on their own may not be enough to move their entire organization toward your solution. You have to have a way to score organizations as a whole in account-based marketing.

Most often, lead scoring issues are a result of bad data.

Either you're not collecting enough data to accurately score prospects, or the data that you are collecting is inaccurate or too full of inconsistencies and errors to reliably glean the information that you need to make data-backed decisions.

In this article, we’ll cover some of the common lead scoring issues that companies face within HubSpot and provide some simple tips for helping you to overcome those issues.

1. Contacts Not Associating with the Right Company

Stray contacts not being associated with the right company (or any company at all) is a huge problem in lead scoring.

It is highly likely that you have some company-reliant variables built into your lead scoring system, particularly if you have a B2B offer.

There are many company-centric variables that could affect the score of a lead or account:

There are many values that can make certain accounts more likely to convert or more desirable, and therefore worth the limited time of your sales associates.

Having free-floating contacts in your database can hinder your lead scoring in multiple ways. First, with the lead disconnected from the company, it may break your score completely. Second, without that connection in place, you may de-prioritize high-level decision-makers that are critical to success with that account.

If you have been lead scoring in HubSpot for some time, you have likely come across a lead with a low score and immediately thought it seemed strange. Maybe you know a lot about that particular prospect and, off-hand, it seems like they should be scored a bit higher.

So you dig in and quickly find that the lead isn’t receiving it’s full score because it has missing data values that are being used to score the lead.

HubSpot’s lead scoring system is simple. You assign positive and negative points to attributes or actions for each lead. Holding a position like “Marketing Director” in a company with 500+ employees might make them more valuable and thus necessitate a higher score. But if you don’t have data for their job title or the company’s employee count, you aren’t going to receive an accurate score for that lead. 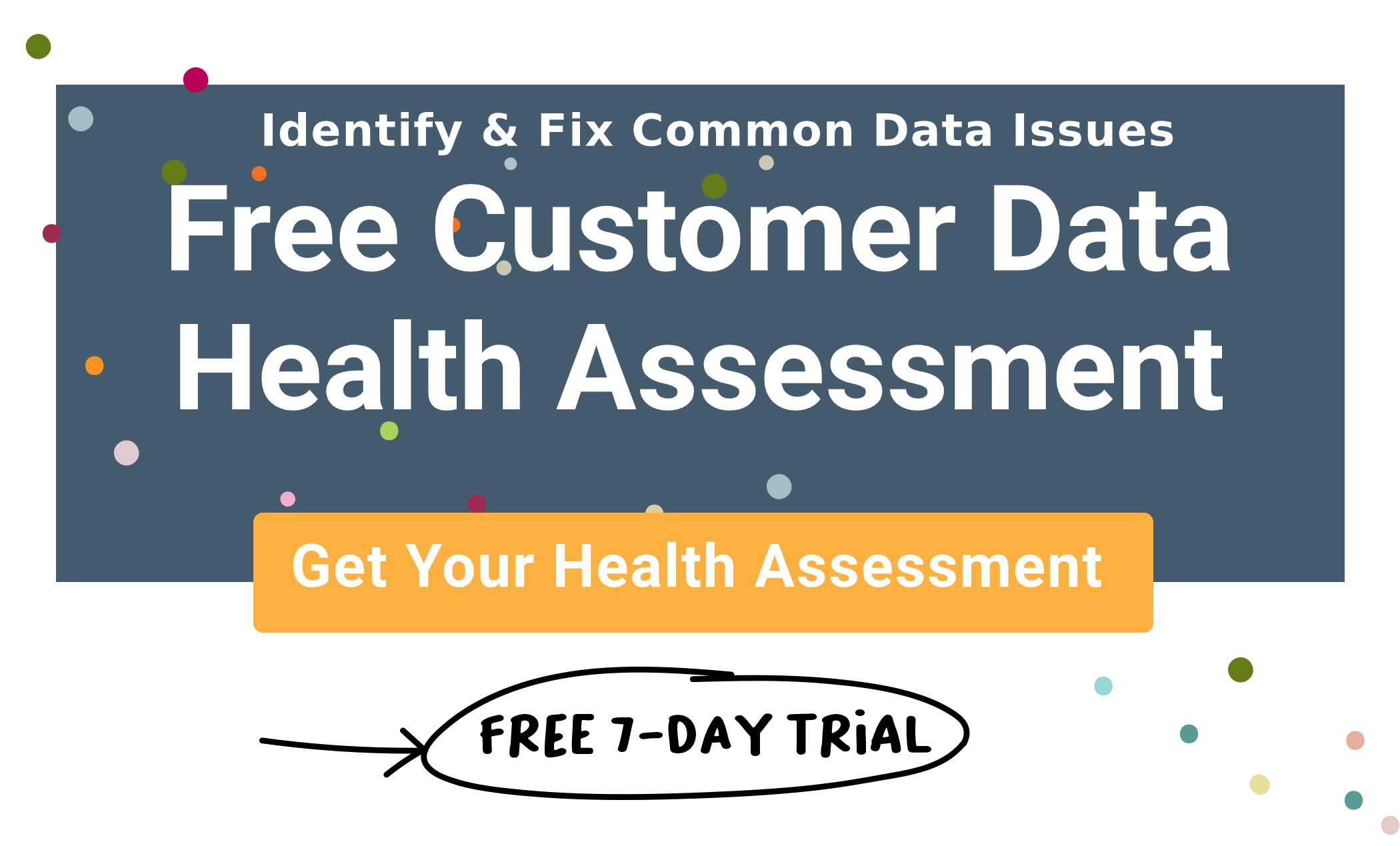 Data doesn’t have to be missing or incorrect to cause problems — it could just be inconsistent.

Let’s run through an example. Let’s say that you operate a high-dollar local service business. Maybe you operate in the tri-state area. Because you’re based in New York, you prioritize leads from there. It’s easier and cheaper for you to service people that are close to your headquarters.

But how the location value that is stored in your database might affect the accuracy of your lead scores. For instance, you might set up your lead scoring to attribute more points to a lead that has “New York” listed as their state.

The problem with this is that there are many ways that “New York” could be represented in that field:

HubSpot would not be able to automatically detect these as equal to “New York,” and therefore would not count them toward the prospect’s lead score.

Rather than adding every possible combination to your lead scoring algorithm and overcomplicate it with rules that makes it hard to maintain and understand, it makes much more sense to try to improve your data quality, as that will help you in areas outside of just lead scoring.

Ensuring that you have consistent data is critical for accurate lead scoring.

An Experian study found that as many as 94% of organizations suspect that their customer and prospect data is inaccurate. According to experts, duplication rates as high as 10% are not uncommon, especially without a customer data quality program in place. HubSpot deduplication and Salesforce deduplication are absolutely critical for consistent lead scoring.

Duplicate records are a serious pain in the neck when it comes to lead scoring. Every duplicate leads to several new questions:

First, you have to actually be able to identify the fact that you have duplicate records for a given lead. Hubspot does have a system for automatic deduplication, but there are limitations in how the system detects those duplicates.

CRMs cannot automatically catch duplicate leads, you have to review merge the records by hand. In databases with thousands of customer and company records, that can be a time-consuming task.

Redundant and repeated fields can cause scoring errors or generally inaccurate lead scoring.

Often, when you import data to update existing contacts, you may accidentally import redundant information. Both fields might express the same thing,  but use different names or formats for the data.

For instance, “headquarters,” “location,” and “company location,” might all mean the same thing in terms of what the information tells you about a company, but may reside in three separate fields.

This leads to questions and potentially inaccurate scores. What if the three fields contain different information? Which one of them is accurate and up to date? Often, you’ll need to perform some research by-hand to figure that out, which is time-consuming.

It’s best to consolidate these fields to avoid the problem entirely. There is no reason to store the same data in three separate fields with three different names. At best, it’s confusing. At worst, it’s harmful to your marketing and sales efforts with that prospect.

Importing new data to update old fields can be dangerous when it comes to lead scoring in HubSpot, Salesforce, and CRMs in general.

Changing the information contained within certain fields can drastically change the ultimate score for the prospect. Just because the data was freshly imported doesn’t necessarily mean that it is more accurate or more consistent.

Overwriting existing data is a risk. Instead, you should put time into comparing the two datasets before making widespread changes that can be difficult to undo.

Insycle is the perfect tool for cleaning customer data and improving the accuracy of your lead scoring initiatives.

Using Insycle, you can:

Want to improve your lead scoring accuracy? Try Insycle’s free trial today by filling out the form below!