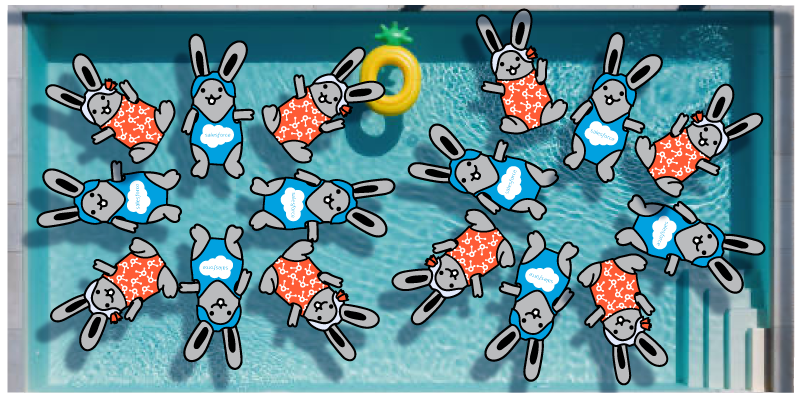 This post is part of a series that explores problems our customers have fixed using Insycle. Each post outlines the challenge and shows the solution step by step.

The Problem: An Active CRM Sync Made It Difficult to Keep Company Records Clean and Consistent

An Insycle customer in the SaaS industry had duplicate companies and missing associations in both HubSpot and Salesforce. These issues made it difficult for the customer, whom we will call Jones Company, to score leads, prioritize opportunities, and connect with all stakeholders for account-based marketing (ABM). To further complicate the situation, the two platforms were synced. So Jones Company needed to deduplicate those companies across both HubSpot and Salesforce, without breaking the integration.

At the same time, Jones Company had many company records that were missing correct parent-child associations. In some cases, dozens of child companies that needed to be associated with the correct parent company were left free-floating, outside of any company hierarchy.

Because Jones Company’s software was often used in brick-and-mortar retail locations, it was common to have separate deals with different child companies. This made it especially important to associate organizations properly. Otherwise, deals might be prioritized improperly or be overlooked entirely.

As you can see, Jones Company’s problems were taking a toll on its business. But deduplicating records while associating child and parent companies correctly and maintaining the HubSpot/Salesforce sync presented numerous challenges:

How Unresolved Duplicates and Missing Parent-Child Associations Were Hurting Business

Duplicates inflated Jones Company’s marketing costs because customers often received multiple communications with the same marketing materials. Additionally, duplicates were causing lost productivity. Sales reps were unable to rely on a single record for all the information they needed and had to spend time digging through multiple duplicate records to gain full context for a conversation. Even then, there was no guarantee that they had all the information.

As a result, Jones Company offered a spotty customer experience. It was clear when sales reps were missing context in conversations, and no one likes to receive multiple copies of the same email. Ultimately, these annoyances added up to a negative impact on the company’s brand reputation.

Accurate associations are also a critical component of ABM for Jones Company. The company needed to cater messaging to every stakeholder in an organization with which they were pursuing a deal. But because the associations weren’t accurate in the CRMs, the company was missing engaging with organizational stakeholders.

Missing associations also impeded Jones Company’s ability to accurately track engagement with marketing materials and sales reps, making it harder to optimize campaigns. Without those associations in place, segmenting and reporting on ABM activities was difficult and often inaccurate.

Then there was the business impact of data issues between HubSpot and Salesforce. When these platforms were not reliably synced, Jones Company’s teams never knew whether the system they worked in had the correct, most up-to-date information.

The Solution: Create Consistent Company Records and Hierarchies Across Both Integrated CRMs

Duplicates and inaccurate associations throw a wrench in the operations of multiple departments. Jones Company used Insycle to address and resolve these issues in six steps:

Jones Company’s CRMs were cluttered with many extraneous company records, so cleaning up the irrelevant ones was a natural first step. First, Jones Company looked for companies that were not associated with a deal. Useful, relevant companies would have some kind of deal associated with them.

Then, in the Master Selection step, the team used existing deals in multiple ways to determine the master record.

They determined that the master record would be the company that had a deal associated with it. Then matched records without deals could be merged into that master record. This didn’t clean up all of the duplicates in Jones Company’s connected CRMs, but was a solid starting point.

With low-value duplicate companies identified and merged, Jones Company could move on to focus on the next task.

After merging companies without deals, Jones Company still had to organize the remaining companies in its CRMs, all of which had at least one deal associated with them.

Because Jones Company was worried about merging companies that weren’t duplicates but were parent or child companies, it first needed a way to identify parent companies through the existing data.

After diving into the data, the team identified key fields and traits that helped identify and separate parent and child companies.

To identify and tag child and parent companies, the team first exported all of the companies in the database using the Grid Edit module.

Filtering for relevant companies by ensuring they have a company name

Then, with clutter cleaned up in the Excel file and child and parent companies appropriately tagged, Jones Company could re-import its company data. The company used Insycle’s Magical Import module to update the child or parent company field with the data that had been added to the CSV file.

After importing child and parent company data in the custom field, Jones Company still had many duplicate companies in the system. While the original deduplication of companies had helped clean up excess duplicate records with no deal attached, many companies had eluded the matching settings or didn’t meet the deal amount specifications.

To catch these duplicates, the team built multiple templates using a variety of fields—company name, company domain, website, etc. Then, they used different settings to compare, ignore and match records to catch a larger number of duplicate companies.

They used a filter to remove those records from the deduplication process to ensure that they did not accidentally merge any child or parent companies they had just tagged and imported.

Filtering out tagged child or parent company records in Insycle

The filter settings stated that if the child or parent company custom field existed (i.e. had data present within it) those company records would not be part of the deduplication operation.

Step #5: Deduplicate in Both Platforms

Deduplication across synced HubSpot and Salesforce is more complex and requires several additional steps compared to standard deduplication on a single CRM in Insycle.

In short, the process for deduplicating across HubSpot and Salesforce involves:

To do this, Jones Company replicated the existing deduplication templates it had created in Step 4 for use in Salesforce.

After completing this process, Jones Company’s company records were consistently merged across HubSpot and Salesforce without breaking the sync.

Now, Jones Company had to officially create the child-to-parent associations. The team built numerous templates using different match fields for association, just as they had with deduplication.

In each of these templates, they used the Company Filter button to filter out some companies from the association process.

Filtering out parent and untagged companies

With these templates in place, Jones Company ensured that tagged child companies were appropriately associated with the correct parent companies.

The Result: Clean, Consistent Company Records in Both HubSpot and Salesforce

Duplicate company records had made it difficult to score leads accurately and prioritize work. They also forced employees to dig through the CRM for potential duplicates to ensure they were updating the correct record and had full context.

Missing child-parent associations made scoring and prioritizing leads difficult. The ensuing disorganization was very confusing when dealing with multiple layers in a company hierarchy. Knowing who to contact at which location became almost impossible without these associations.